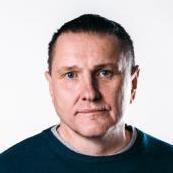 News from IFBB! - IFBB ELITE CIRCUIT to be launced!

You will be able to leave a comment after signing in